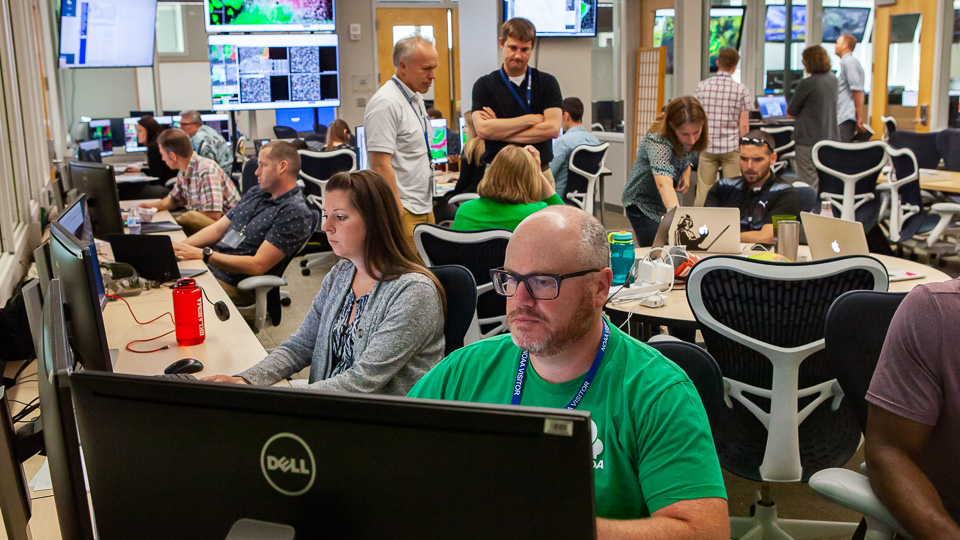 The Warn-on-Forecast System (WoFS) reached enough scientific maturity to begin real-time experimental forecasts in 2016. Since that time WoFS has been a staple of the Spring Forecasting Experiment at the NOAA Hazardous Weather Testbed in Norman, Oklahoma. The system is steadily finding more real-time use, including outside of the Spring Forecasting Experiment, at local and national forecasting offices such as the Storm Prediction Center, Weather Prediction Center, and National Weather Service Forecast Offices. At the end of the 2020 spring and summer thunderstorm season, WoFS had been used in real-time on more than 250 occasions since 2016. Below is a summary of formal WoFS experimentation.

Planned for February and March of 2021, this experiment will study the collaborative forecast process by placing WoFS output in front of National Center (SPC, WPC) meteorologists and NWS local Forecast Office meteorologists who are working the same event.

For the sixth year running, the SFE will examine either new WoFS configurations, new forecasting research questions, or both! The experiment provides a unique opportunity to gain feedback and insights from a diverse group that includes NWS forecasters, academics, researchers and social scientists.

Example of a successful case in which the WoFS accurately predicted the track and intensity of a long-lived supercell in South Carolina. The storm produced numerous reports of large hail, damaging winds, and three tornadoes. [+]

The WoFS is often run at the time of landfalling tropical cyclones, for a number of applications. One such application is in support of particular research questions in the VORTEX-Southeast campaign. This support continues through 2021. 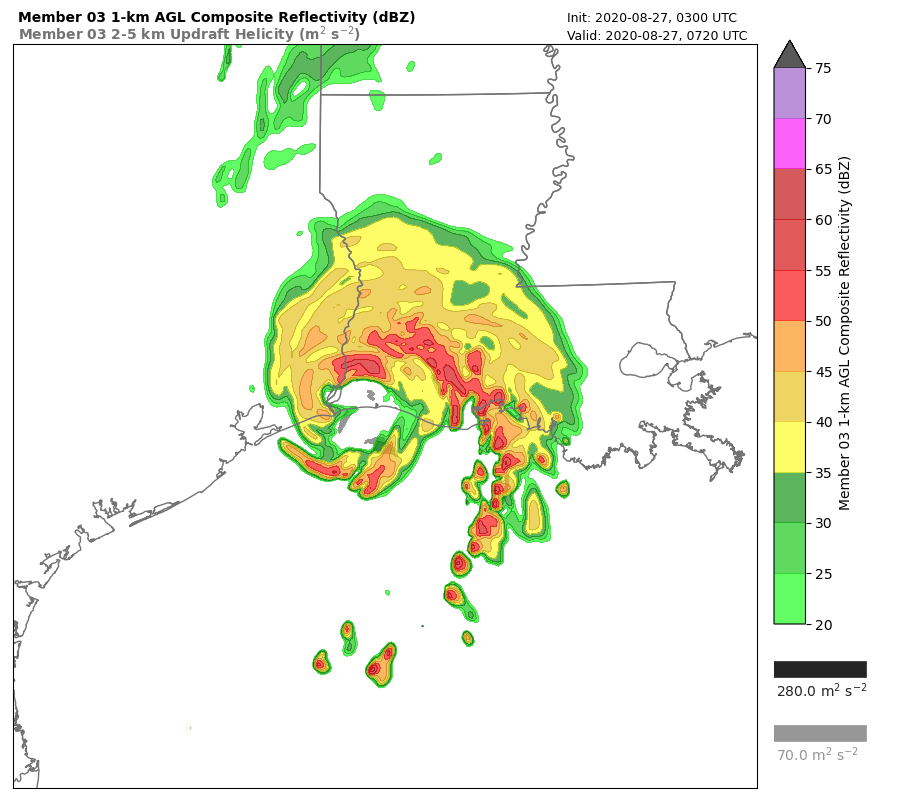 Simulated reflectivity from a single WoFS member as Hurricane Laura made landfall in Louisiana on August 26th, 2020. [+]

The year 2021 will see the second of a two-year experiment in which WoFS domains will be placed to cover expected severe weather affecting nine NWS Forecast Offices in New Mexico and western portions of Oklahoma and Texas. The WoFS research group coordinates with this subset of Forecast Offices to support real-time use of WoFS guidance. Defining a cluster of experimental offices increases the likelihood of regular and viable feedback from a given region, while also enabling a collaborative research effort between neighboring Forecast Offices as storms traverse County Warning Area boundaries.

Events of May 7, 2020, when the WoFS accurately foretold of two distinct long-lived supercells. A group of NWS Offices in the western part of the Southern Plains are using the WoFS to aid decision making in real time. [+]

Real-time use at SPC, WPC

The Storm Prediction Center has been integral to the application of the WoFS in the Spring Forecasting Experiment and to exploring its predictive capability beyond the first hour of the forecast. The WoFS has been used in SPC operations and aids in creation of products such as Mesoscale Convective Discussions.

And whether prompted by SPC or placed for other reasons, WoFS domains almost always overlap with severe weather risk areas of interest to the National Center(s). Since 2018, a targeted project has yielded more summertime runs of the WoFS, assisting forecasters at the Weather Prediction Center’s “Metwatch” desk in their composition of Mesoscale Precipitation Discussions aimed at identifying near-term areas of concentrated flash flood potential.

Both SPC and WPC forecasters provide post-event feedback to WoFS researchers and developers as part of the operations-to-research, research-to-operations loop.

WoFS output was included in Hydrometeorological Testbed (HMT; College Park, Maryland) and HMT-Hydro (Norman, Oklahoma) experiments in 2018 and 2019. These experiments focused on applying the WoFS and other mesoscale models to flash flood forecasting. 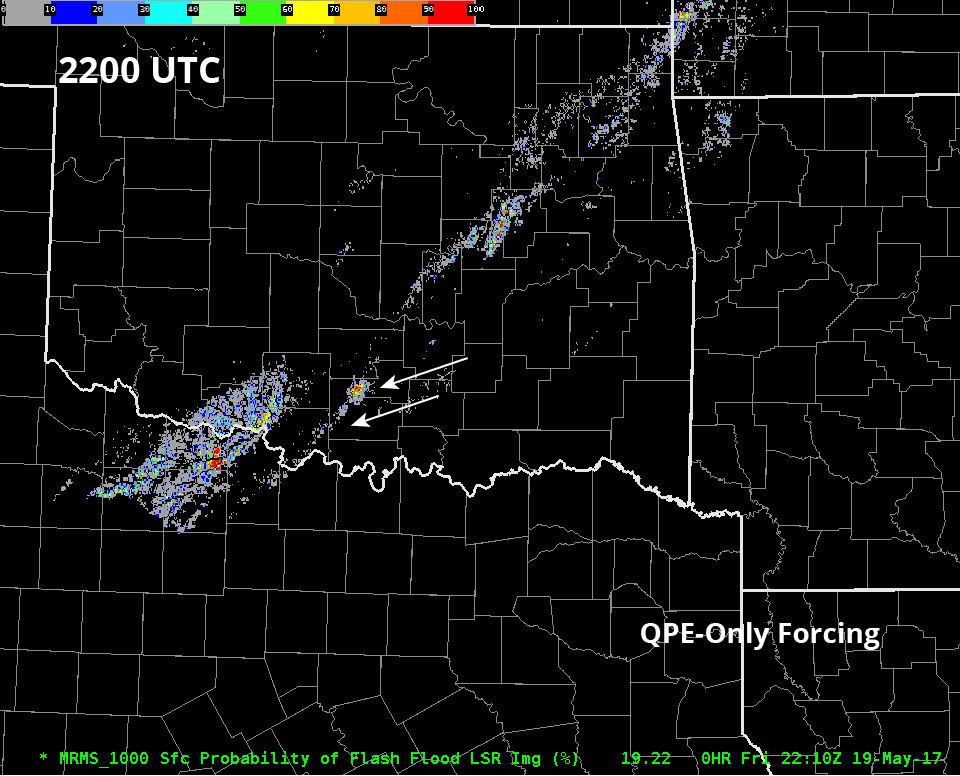 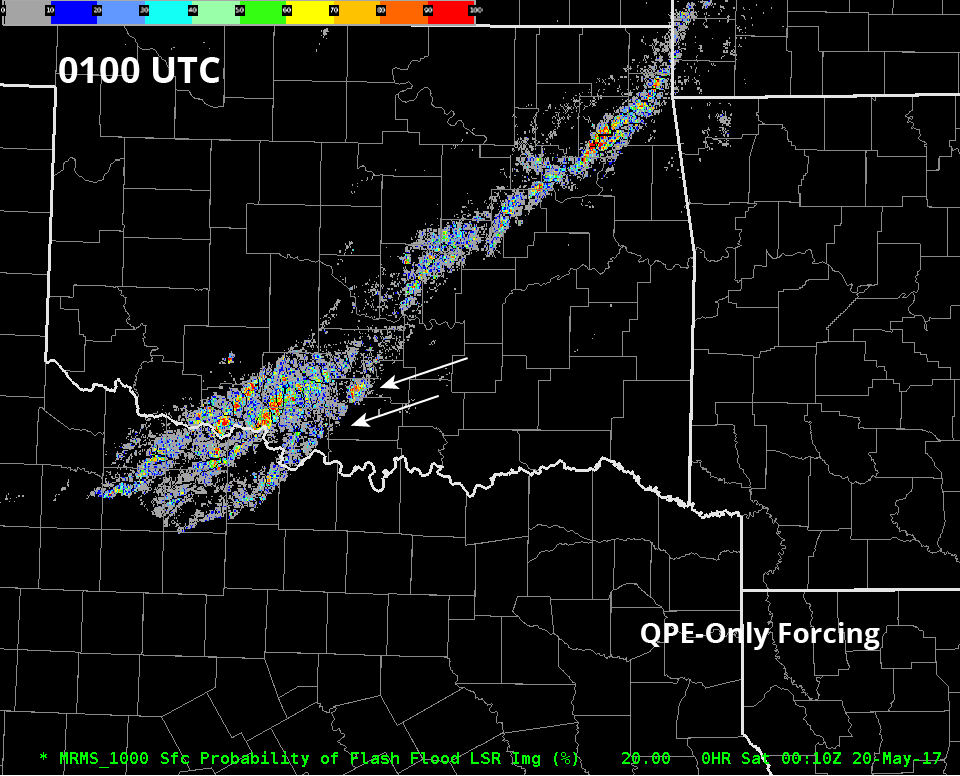 Dozens of weather and hydrology offices or groups have come together and contributed to the WoFS via development of the model system, designing and participating in experiments, and exploring potential applications. WoFS collaborators include: